Anatomical abnormalities of the cervical spine at the level of the Atlas vertebra are associated with relative ischemia of the brainstem circulation and increased blood pressure (BP). Manual correction of this malalignment has been associated with reduced arterial pressure. This pilot study tests the hypothesis that correcting malalignment of the Atlas vertebra reduces and maintains lowering BP. Fifty drug naïve (n=26) or washed out (n=24) subjects with Stage 1 hypertension were evaluated using a randomized, double blind, placebo-controlled study design at a single center. Subjects received no antihypertensive meds during the eight-week study duration. After baseline measures subjects were randomized to receive a National Upper Cervical Chiropractic (NUCCA) procedure or a sham procedure. Statistical analysis was performed comparing baseline and week 8 visits. The study was designed with 90% power to detect an 8/5 mmHg reduction difference in arterial pressure at eight weeks over the placebo group. The study cohort consisted of 70% males, 2% Hispanic; mean age 52.7+9.6 years. There were no major differences in baseline demographics found between the two treatment groups. The primary results of the study are noted in the Table.  No adverse effects were recorded. We conclude that restoration of Atlas alignment is associated with marked reductions in blood pressure similar to the use of two-drug combination therapy.  Larger studies are needed to validate these findings

This pilot study examines the relationship between nonsurgical interventions to align the Atlas vertebra and changes in blood pressure and heart rate.

Those with hypertension and absence of neck pain will have misalignment of their Atlas vertebra where upon correction will lead to significant lowering of their blood pressure.

Study Design – randomized, double-blind, with a placebo control.  The trial was conducted in accordance with the Good Clinical Practice/ International Conference on Harmonization guidelines, with mandatory signed informed consent by the Institutional Review Board.

Sham intervention was designed to be indistinguishable to the patient from an authentic alignment, possible only because of the delicacy of the procedure. This group’s intervention were identical to those employed for the Treatment Group except the clinician intentionally and slightly misplaced the patient’s head on the (“fulcrum”) support device and misplaced his hands, intentionally to miss the Atlas’ lateral-mass contact point for the crucial “lever nudge.”

Repeat measurements of all of the aforementioned variables. To support blindedness, sham “realignments” and assessment protocols were scheduled for members of the Control Group.  Some 85% of Treatment Group Patients required only one (1) intervention (remained “in Atlas alignment”) during (8)-visit, (roughly) two month course of the trial. 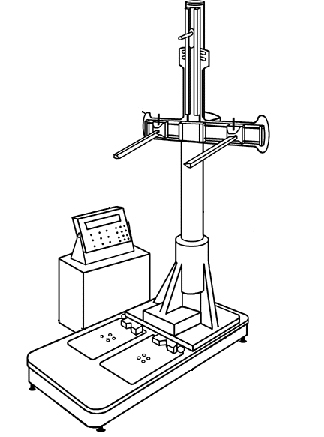 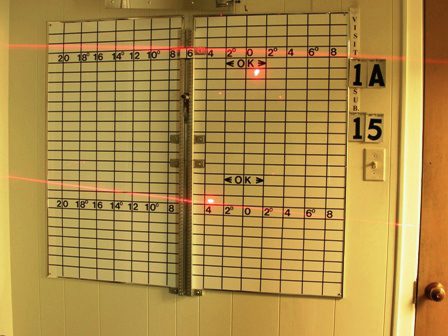 Measurements from the Anatomer in a Representative Participant,
before NUCCA 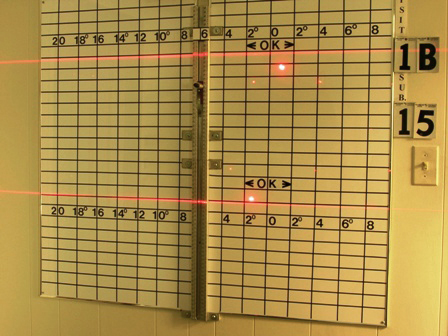 Measurements from the Anatomer in a Representative Participant,
after NUCCA

The study was designed to have 90% power for detecting a difference of 10 mmHg in SBP change between the treatment and control groups with 25 patients per group, anticipating a 10 % dropout rate.

Demographic and baseline characteristics were compared using t-tests, Pearson’s chi-squared tests and Fisher Exact tests as appropriate.  The primary analyses used t-tests to compare the change in blood pressure from baseline to week 8 between the two groups.

Secondary analyses used regression techniques to adjust for baseline level.  All tests were two-sided and p-values less than 0.05 were considered significant.  Paired t-tests were used to determine if change from baseline to 8 weeks was significant within groups. 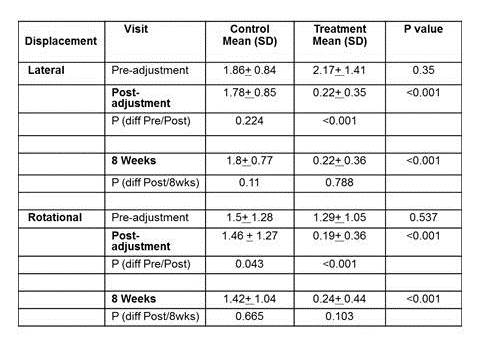 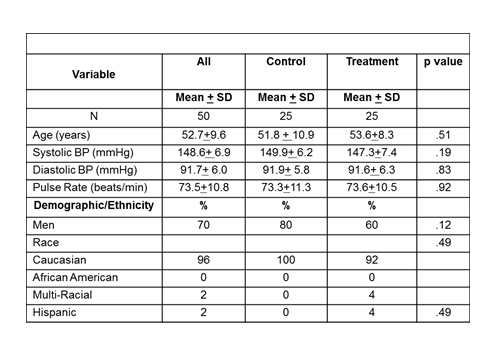 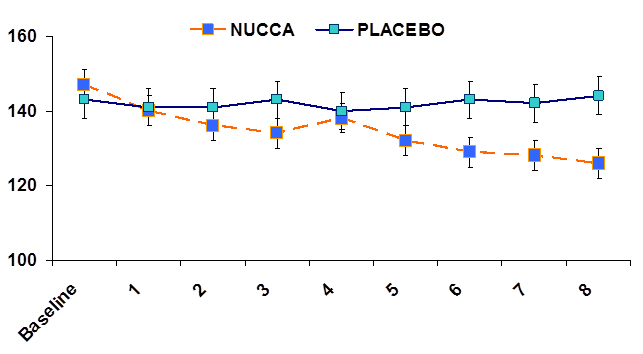 In Weeks
*P <0.05 time points where different than placebo 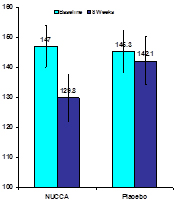 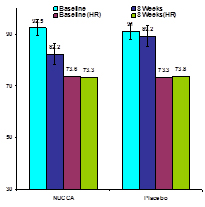 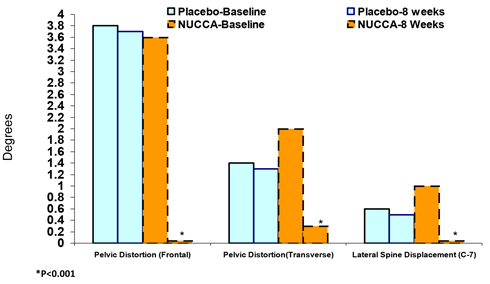 This pilot study shows that correction of misalignment of the Atlas vertebra lowers and sustains reductions in blood pressure for at least 8 weeks in people with Stage 1 hypertension.